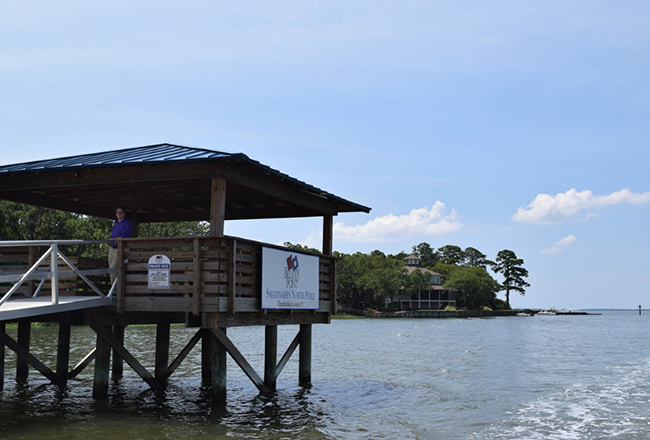 Our boat club day trip went to the southernmost tip of historic Daufuskie Island, South Carolina – Bloody Point. This island is rich in tradition and history, and our particular destination was named after a famous battle between the settlers and native Indians. The island waters ran red with blood during this battle and, ultimately, the Indians lost. A cotton plantation era soon began, and with it, a battle with the boll weevil – which won. After that, oystering began, but it lost to the Savannah River pollution.

Residential development then came to the area, as the views and remote destination made it a breathtaking place to settle. It battled bankruptcy… but now it is blossoming again after being purchased in 2011 by entrepreneur florist magnate Brian McCarthy.

My seat was on the lead boat with my Resort Girlfriends, family, and Captain Trey. 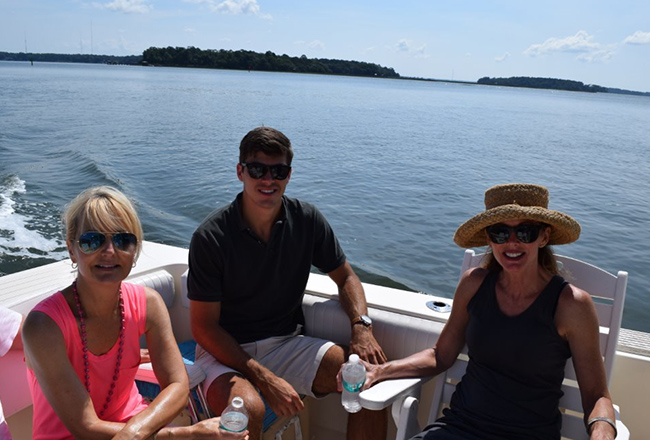 As the 9 boats steered their way into the brand new dock, Mr. McCarthy’s son and staff greeted us on this historic point. Our group was then taken and treated to a cookout of burgers, dogs, coleslaw, Bloody Marys and more at the Bloody Point pool. After dining, some splashed in the pool and others ventured off to the beach. My destination was to walk to the bloody point – and I did.

My eyes delighted in the long, expansive ocean view, with very few footprints in the sand. As this destination is reached only by boat, few inhabit the island, making it a perfect day or evening getaway from the hustle and bustle of the public beach spots. There are water taxis to and from the island, so it’s easy to reach.

After a glorious day in the sun, our boats pulled out from this historic island. 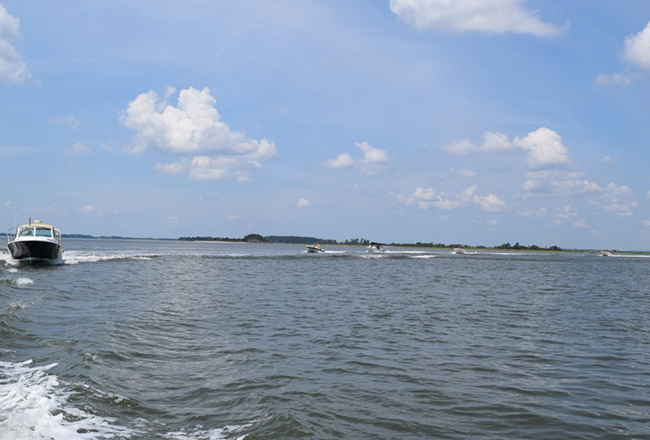 Explore more of Bloody Point and the history of Daufuskie Island.

Relax, Reflect and Recharge… Resort Girl, a lifestyle brand, allures the adventuresome woman who dreams of far-away places, relaxing but recharging experiences, and words of wisdom to reflect. The Resort Girl…the new “it” girl…is a woman who is on one continual journey exploring her physical and mental abilities while enjoying and living gracefully with nature.

A Mind Massage with CranioSacral Therapy

Living the Dream in 2019! Resort Girls and Guys

A Resort Girl Paddle Boards into the Sunrise